Estimates of climat3 change impacts on the biodiversity of marine forests.

Future climate change poses a major threat to global marine biodiversity. For marine forests that structure essential habitats for coastal species worldwide, climate change effects can be magnified into losses of ecosystem functioning, with direct consequences for the numerous ecological and economical services provided. We forecasted biodiversity changes of large brown algae and seagrasses under contrasting scenarios of climate change (decade 2090-2100): one of lower emissions aligned with the Paris Agreement and another of substantially higher emissions.

The projected patterns pinpoint future regions of persistence, which serve as baselines for well-informed management strategies in the face of climate change. 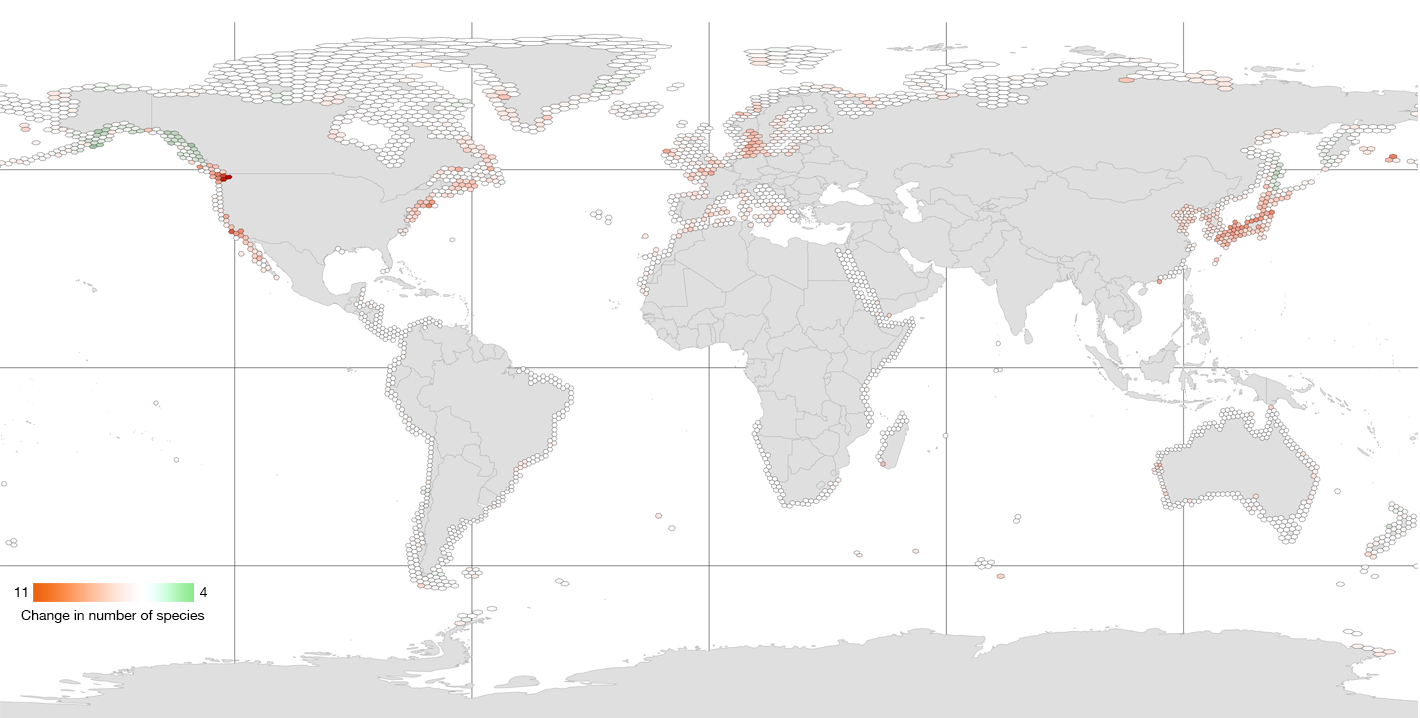 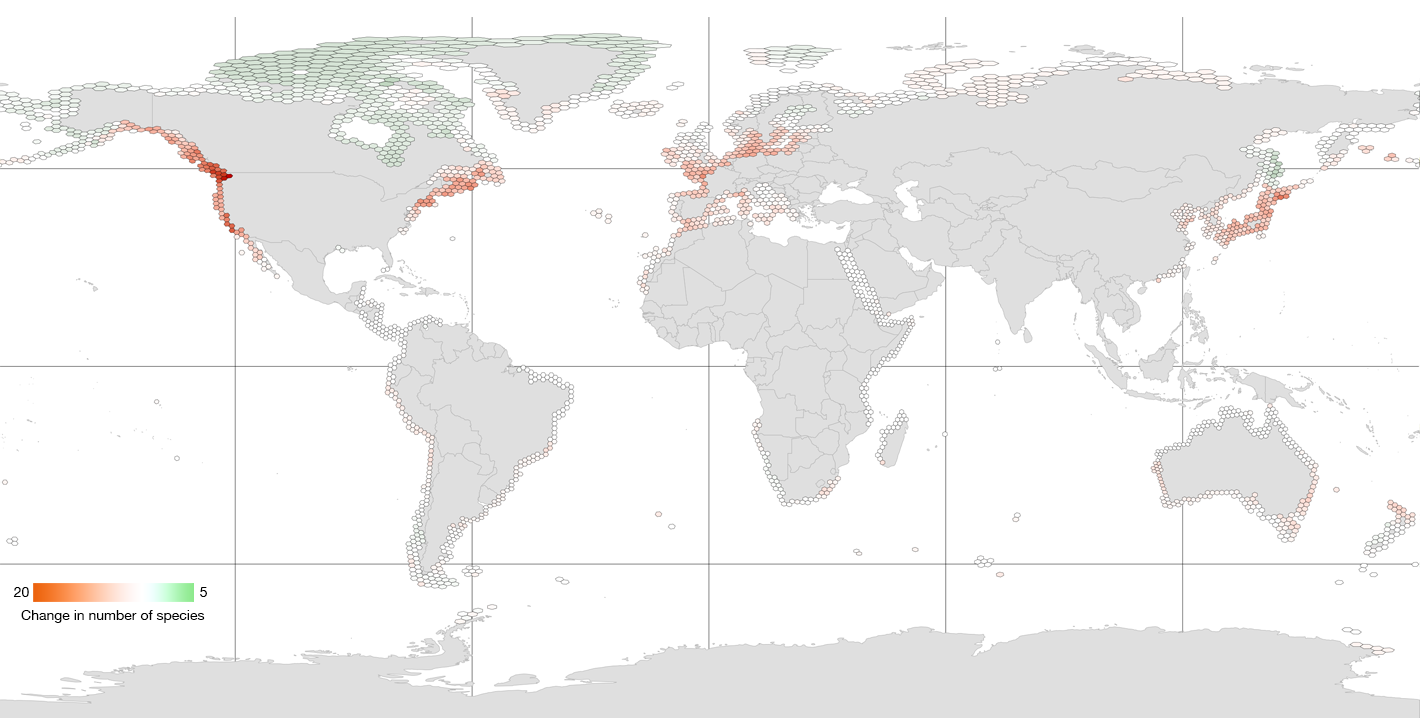 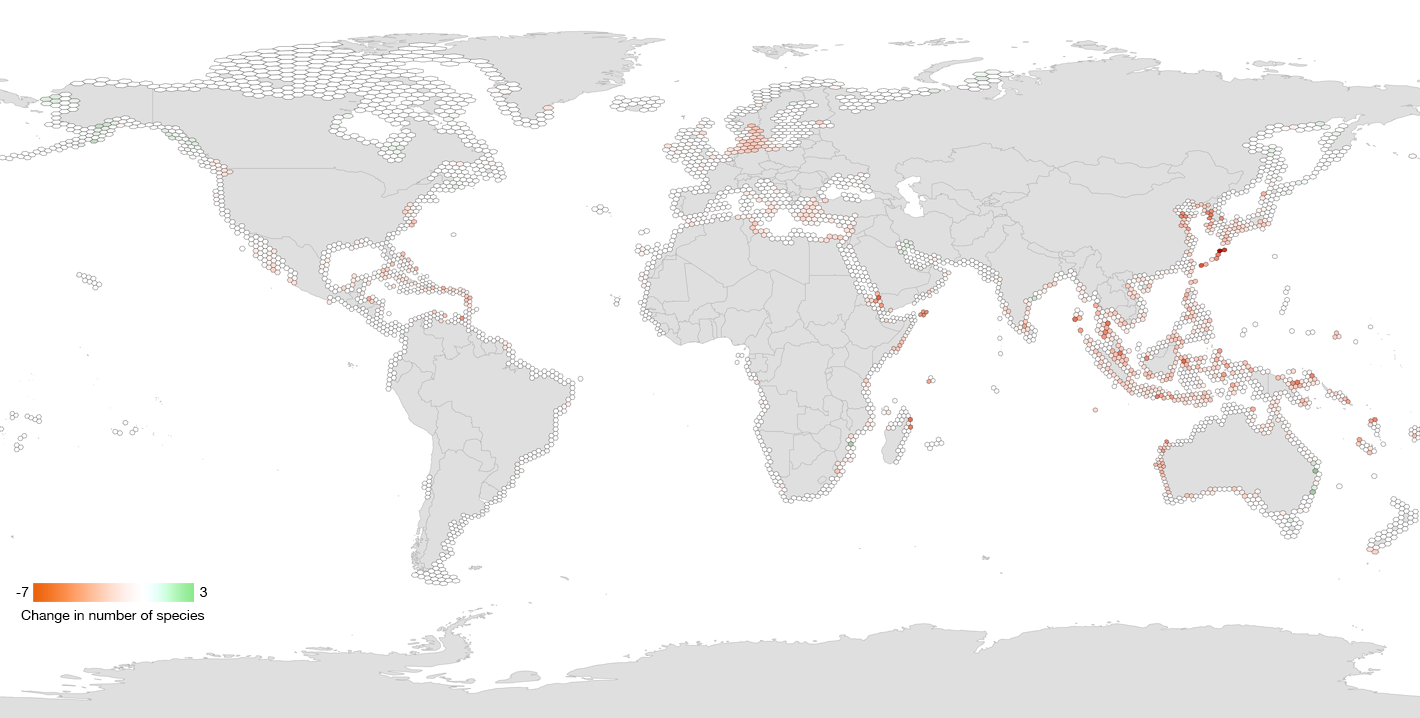 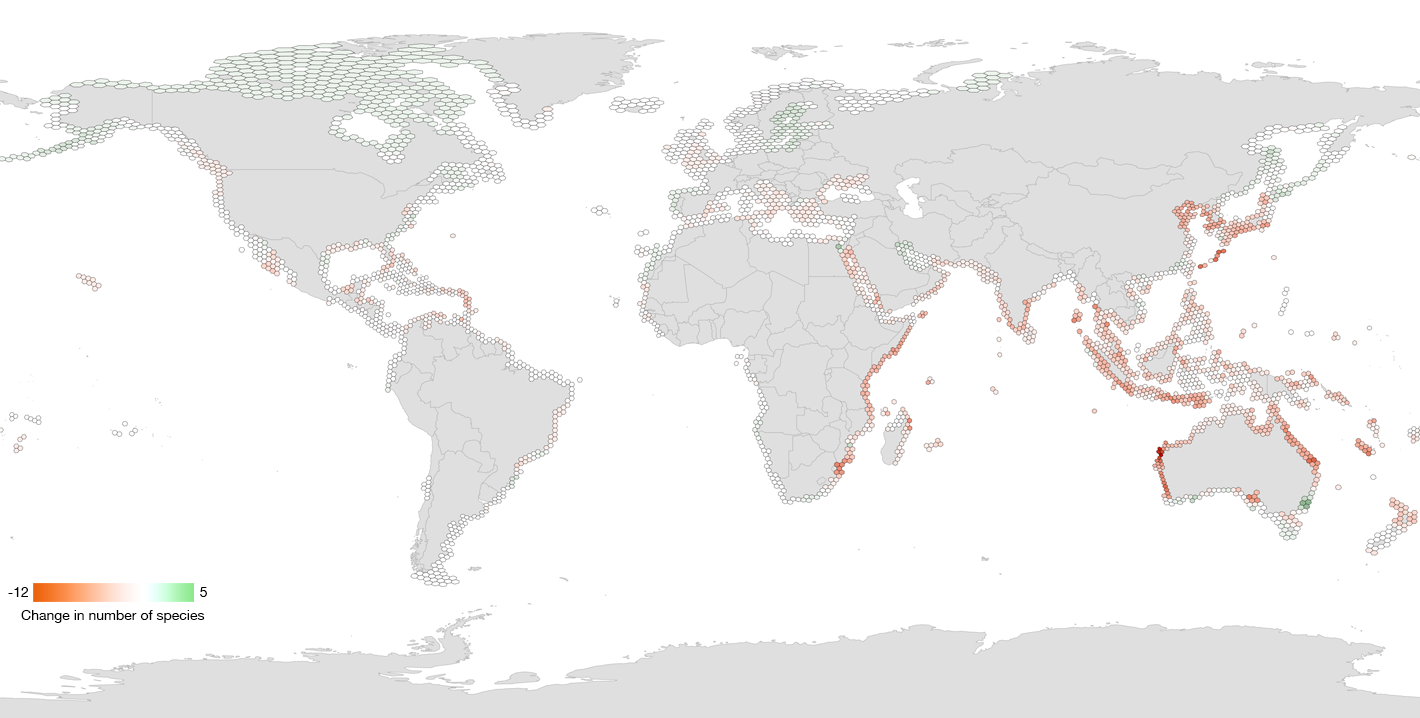 Forecasts anticipate significant changes in the global patterns of biodiversity, particularly pronounced with the higher emission scenario. Maximum community composition changes (i.e., turnover) were projected in the Arctic and Northern Pacific Ocean due to poleward range expansions, and in the temperate regions of the North Atlantic Ocean and Northwest Pacific, the Mediterranean Sea and along Australian and New Zealand coastlines, due to range loses as habitats become unsuitable.

The information provided is available for download at the species level to assist conservation and managment strategies.